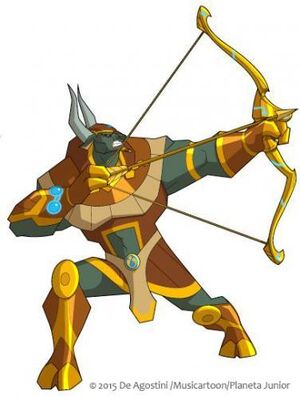 Apis is a bull-headed warrior, and a faithful and sincere friend of Kefer. Apis is the physically strongest of all the Egyxos. He is a trainer of warriors. He is the owner of the training ground known as the Labyrinth, of which only he knows all the secrets.

Mostly Apis tries to portray himself as a stern no-nonsense warrior, even acting condescending towards his students. Aside from that, he is compassionate and quite intelligent, and rather fearless. 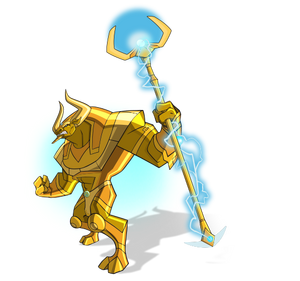 Apis has the ability to don golden armor possessing great power thanks to his bracelet. Doing so transforms him much like the other warriors of Egyxos.

Retrieved from "https://egyxos.fandom.com/wiki/Apis?oldid=5504"
Community content is available under CC-BY-SA unless otherwise noted.