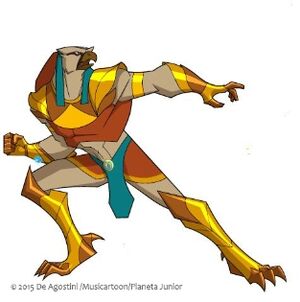 Horus is a hawk-headed humanoid, son of Iside. Horus is Kefer's best friend and his first advisor. Courageous and loyal, Horus is the only known warrior of Egyxos who can fly.

Horus is known to be both brave and heroic. On the other hand, he appears to be fairly easygoing. He typically has a bright, positive, and cheerful outlook on life. He has a kind and caring heart that compels him to help others, putting their well-being above his own. 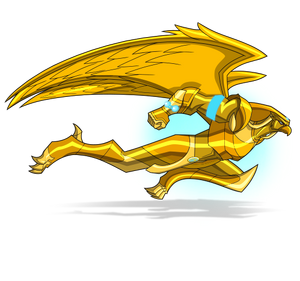 Horus possess the ability to transform much like the other warriors of Egyxos thanks to his bracelet. When he dons golden armor, he is also granted a pair of golden wings.

Horus met Leo after Leo escaped from the Dark Pyramid and the Dark Army.