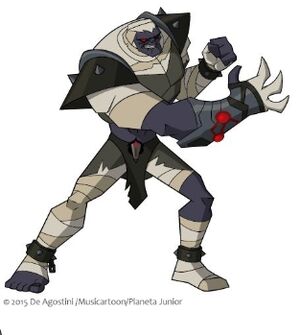 Karnak is a mummy-like creature who guards the prisons and dungeons of the Dark Pyramid. He is very faithful to Lord Exaton.

Although Karnak is a fierce warrior, he is often bullied into doing things he doesn't like. Such as when Astrid bossed him around while she was technically his prisoner.

Karnak is very loyal to Exaton, he once even showed concern for Exaton's wellbeing while Kefer was trapped in his body. 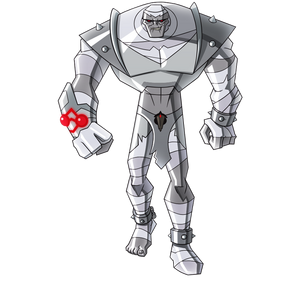