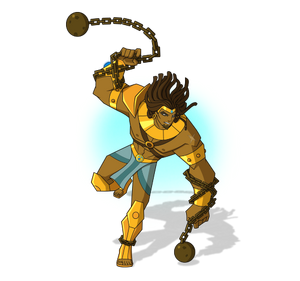 Kha is a courageous and trustworthy warrior of the Golden Army. Kha was once a slave but is now a free man. He still keeps the chains that once held him captive, only now he uses them as his weapons in battle.

Kha is devoted and loyal. He is responsible and has a no nonsense attitude about him when in battle. Though when he is spending time with his friends, Kha is friendly and optimistic. 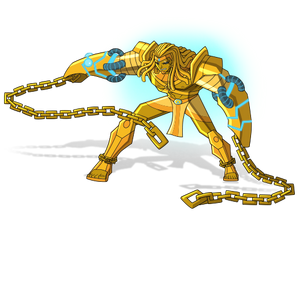 Kha has the ability to don golden armor possessing great power thanks to his bracelet. When he transforms, the chains he use as weapons transform as well.

Community content is available under CC-BY-SA unless otherwise noted.