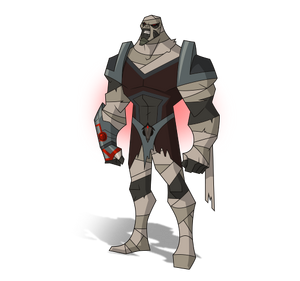 Nakt is a mummy-like creature, and one of Exaton's top generals in the Dark Army. Nakt is ruthless and fierce, making him a warrior to be feared.

Nakt can be very dim-witted and not very intelligent. More often resorting to brute force than strategy. 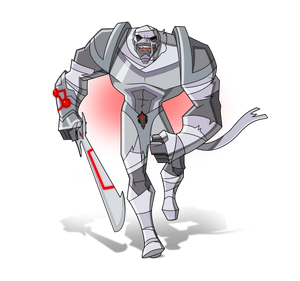 Using his Egyxos Bracelet, Nakt dons a silver and gray armor that materializes around him, improving his combat abilities to upper levels including sword and archery skill.